Written by Dan Sackett
Updated over a week ago

Compatibility, as it relates to Zoomforth, is a term used to describe the relationship between a site's HTML version and a theme's stylesheet version. Over time, Zoomforth has introduced different upgrades for both themes and sites.

Upgrades always have the potential to cause unexpected consequences so we developed a system of compatibility which informs users when they may expect those consequences to happen.

When changing your theme in the site editor, you will see a message indicating if the theme is compatible with the site you're working on. You also have the option to show compatible themes by clicking the checkbox. 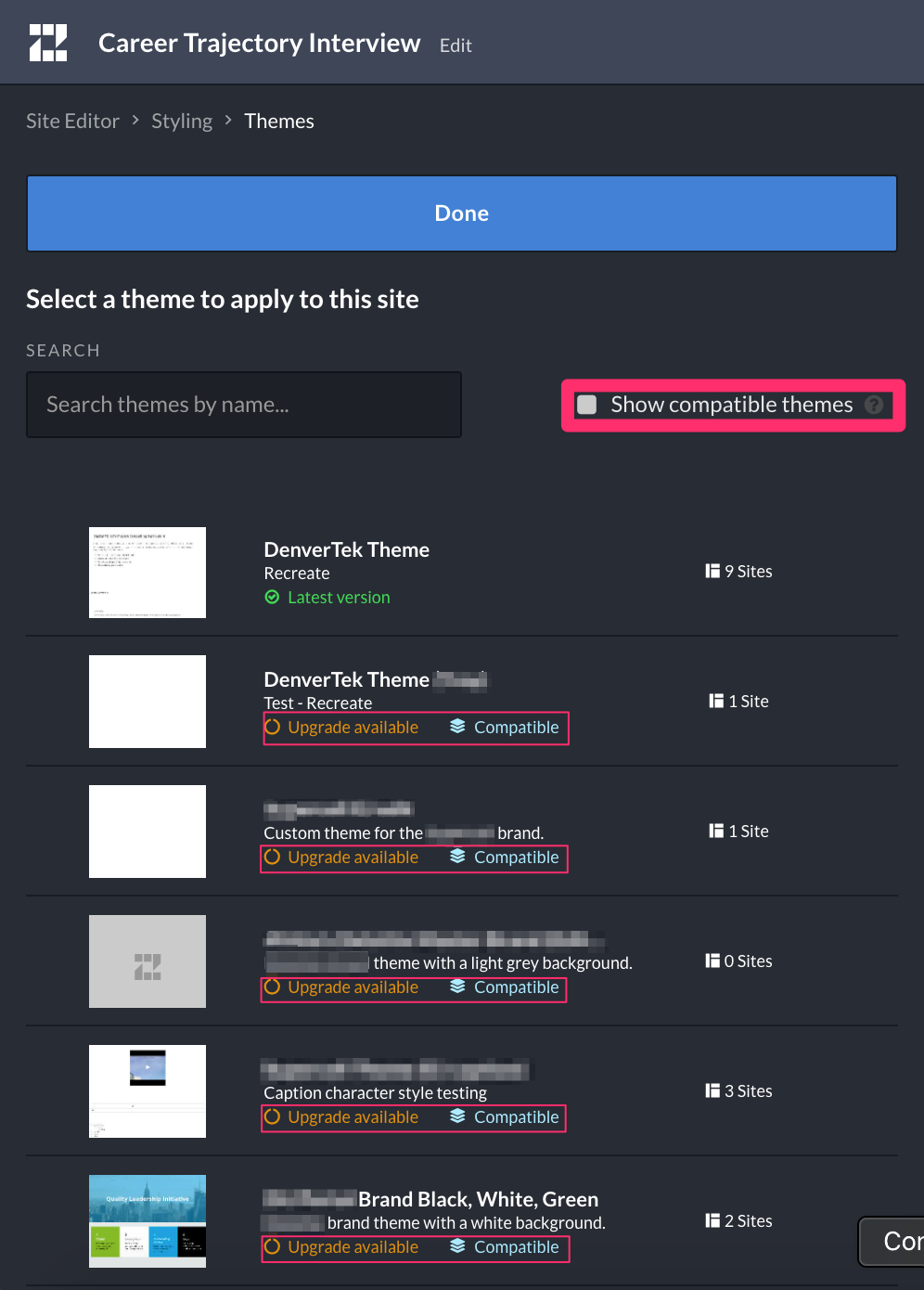 Both of these tools will give you the assurance that the theme and the site should work together without any major issues.

Did this answer your question?